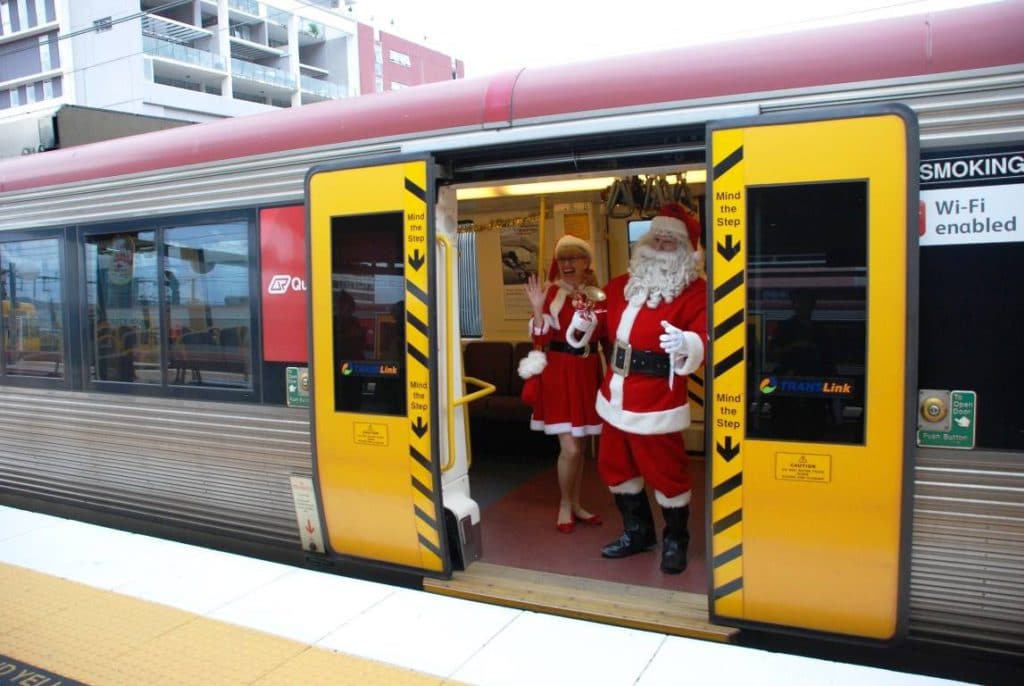 Queensland Rail customers are invited to jump onboard the Santa Express for a magical journey with the man in the beard, from Monday 13 December through to Friday 17 December.

“We’ve had confirmation direct from the North Pole that the man in red is about to swap his sleigh for a train to spread Christmas cheer across the Queensland Rail network from 13 to 17 December,” he said.

“The Santa Express will operate on a different line each day and stop at various stations, including Darra, Petrie, Ferny Grove and Helensvale. Santa and his elves will be at stations and onboard to spread festive cheer and can’t wait to pose for that all-important Santa photo.

“Santa will have plenty of candy canes for all the good boys and girls out there and an Instagram filter for those who want to take a s-Elfie with him.

“This is a great opportunity for families to enjoy a fun day celebrating the festive season with Queensland Rail.

“To travel on-board the Santa Express, customers must tap on and off with a valid go card, as normal fares apply.

“Those who aren’t able to experience the magic on-board can also visit their local station when Santa is scheduled to be there, where they can spend some quality time with the jolly man himself fare-free.”

The Salvation Army band will also be performing at Central station each morning during 13-17 December from about 7am until 8.30am to add to the festive atmosphere.

For more information on Santa’s movements from 13-17 December, customers can visit qr.com.au or keep an eye on Queensland Rail’s Facebook page.