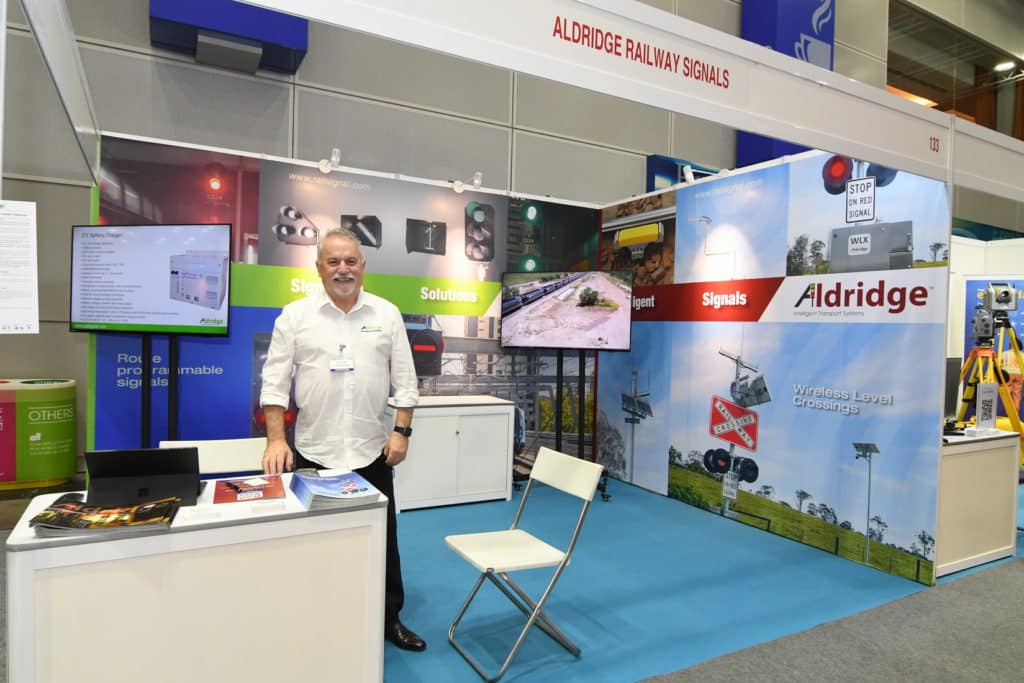 Aldridge is well-known for pioneering many local projects – starting with the first LED signals on the Sydney City Circle up to supplying the latest Smart Signals for the North-West and Southern Sydney Metro system – but it’s perhaps lesser known in Australia for its export sales success.

This was the first time in two years the exhibition has been held due to COVID, with more than 60 exhibitors present and over 2000 visitors from Malaysia, Singapore, India, Thailand, Cambodia, Vietnam and Japan.

Being an Australian-owned, indigenous company and certified with Supply Nation, Aldridge has been supplying signals to the Australian market since the early 1990s.

One of its most significant projects occurred in 2019, when Aldridge Railway Signals custom-designed and supplied 153 signals, which included 55 smart-running, 26 smart-shunting and 72 buffer stop signals, for the first stage of the North West section of the new Sydney Metro.

The smart running signals are based on a European design which includes a white Points Position Indicator (PPI), indicating directions to proceed left, straight ahead or right, plus a red horizontal bar for Stop.

The two-digit route number/letter displayed on the upper is a descriptive number which informs the train driver which destination the points arrangement will take him to.

The above arrangement is specific to the Sydney Metro but is also available as other variants for other rail operators, with an example being yellow LEDs instead of white ones.

This year, Aldridge also supplied a further 140 signals for the Sydney Metro South project, which extends the existing North West Metro a further 23 kilometres, from Chatswood to Bankstown.

Since then, it has installed another three crossings, two in Central Queensland and another west of Wollongong, NSW, with other orders pending.

The Wireless Level Crossing offers a low cost alternative to conventional crossings because it runs on low voltage, uses solar power with battery back-up and avoids the high costs associated with cable trenching.

Between the three companies they employ more than 100 Australians in this high technology sector.

For further information contact David Aldridge on +61 2 9807 7777 or sales@railsignal.com