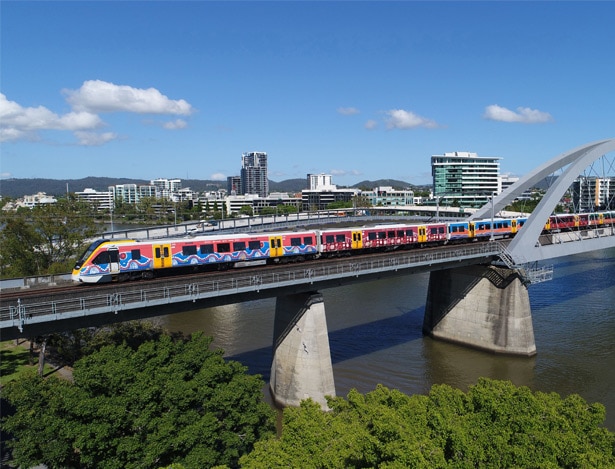 Airtrain, the only direct train service between the Brisbane Airport and the city and the Gold Coast, has linked with ride-sharing company, Uber, to make travelling to the airport even easier in April.

From Monday 4 April until sold out, the first 200 bookings on the Airtrain website will receive a $20 Uber voucher to be used with their Airtrain trip.

Airtrain Marketing Manager Abbey Filko said the Uber voucher was redeemable until the end of June and could be used for travel to or from any train station in the South East Queensland rail network.

“We think these vouchers will be particularly popular with residents who travel a longer distance. It will make the connection easier for their Airtrain journey to the Brisbane Airport.”

Filko said the campaign was a proof-of-concept towards what she hoped would be an Australian-first, fully integrated ticket using both Uber and Airtrain.

“Airtrain and Uber in Brisbane are trialling this initiative to explore the synergies we share for making travel easier to and from airports,” she said.

More than fifteen million customers travelled seamlessly to and from Brisbane Airport on the Airtrain over the last decade.

A total of 100 trains travel per weekday between the Airport and City with 15-minute peak frequency.

The Airtrain service is fully integrated into the SEQ rail network, consisting of an 8.5km elevated railway line and stations at Brisbane Airport’s International and Domestic terminals.

Operated by Airtrain Citylink Limited under a 35-year concession granted by the State of Queensland, the service commenced operations in May 2001.