Balise are an important component of modern rail signalling technology and a familiar sight on the rail track.

Craig Mulvay, a technical and commercial development manager at rail track systems specialist Pandrol (Vortok) explains that balise serve primarily as a beacon on European train control systems (ETCS) that can accurately provide a train’s location (along with other data) through communication with trainborne receivers.

It is important that balise be correctly and securely fitted to rail tracks due to the need for accurate positioning and the safety critical data balise transmit. The Pandrol (Vortok) Balise Mount Systems (BMS) are commonly installed as mechanical fasteners for ECTS balise but can also be used to mount Communications-based Train Control (CBTC) transponders as well (along with the capability to be adapted to any signalling technology).

Traditionally, balise-fitting installations have been considered a rather laborious process, requiring either the removal of ballast from around sleepers or sleeper drilling and anchoring, processes that can risk damage to sleepers and cost more money down the line.

The Pandrol (Vortok) BMS is set to aid this with a duo of products designed to facilitate easier balise installations in a fraction of the time.

The BMS On Sleeper beam and BMS Clamp Beam hold several benefits for both installers and end users. For one, the integrity of the sleepers is maintained since the beams do not require any drilling with power tools to be fit balise into position. Instead, installation can be facilitated cleanly using commercially available hand tools. This reduces installation and removal periods significantly, with Pandrol (Vortok) estimating ontrack times of less than two minutes per beam for the On Sleeper type beams. This in turn improves project management flexibility for operators as well. 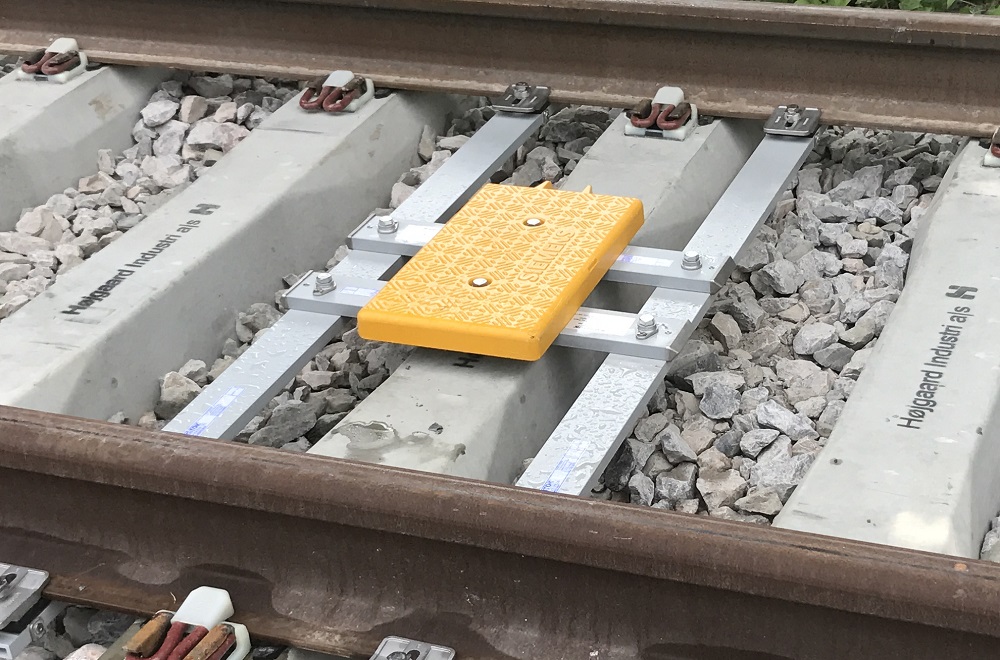 The installation is so quick that it can also help to reduce (or even entirely eliminate) the need for track possession in brown field sites.

Balise positioning being set by design rather than the competence level of the installer significantly reducing the risk of read errors between balise and receiver.

“Normally the procedure would require track position as you would not be able to do the job within traffic,” Mulvay explains. “In addition, getting power tools on site adds time and equipment liability.”

The products are suitable for fitting balise from several different manufacturers, including Bombardier, Siemens, Hitachi and Alstom.

The On Sleeper Beams use the existing rail fastening as an attachment point and are capable of interfacing with all major fastening systems, such as Pandrol’s own e-clip, Fastclip and Nabla, as well as Schwihag, Vossloh, K-Plates, Delkor and directly to timber sleepers. This helps to avoid the requirement for installation of additional components that could require training or added time for installs.

For example on the E-Clip system; “Very simple hand tools can be used to extract the e-clip and equally put it back in – we use the heel load (the reactionary load) of the e-clip to hold down our beam,” says Mulvay. “We take the clip out with the hand tool, get the beam in position and reinstall the clips.”

The biggest advantage of positioning the balise over the sleeper is that the bed between the sleepers can remain unoccupied, which is handy for allowing automatic railway maintenance applications such as ballast consolidation machines to maintain access to the space between the sleepers.

Clamp beams, by contrast, are placed between sleepers and are secured to track via mechanical clamping to the underside of the running rail foot and are available in single or double clamp beam formations.

Mulvay explains that the development of the double clamp beam variant came about as a response to the needs of high-speed rail lines in Germany.

“The development of double clamp beams originated in Germany from a phenomenon known as ‘ice bombs’ or ‘ice shedding’”, Mulvay says.

“Ice shedding can become a more common as trains travel through tunnels where the environment is a bit warmer, chunks of ice that have built up on the trains can melt,” he explains. “When they are exposed to the sudden pressure change on exiting a tunnel, those big chunks of ice can shed from the train, so in Germany (among other countries) they have a requirement that all equipment mounted on track be required to withstand the impact of these ice strikes. It proved quite the challenge in terms of engineering.”

The Pandrol (Vortok) team tested the strength of the single clamp beam by hitting it with a 4kg billet of ice at 176km/h, which was suitable for slow- and standard-speed tracks, but insufficient for high-speed rail, which led to the development of a double clamp system capable of withstanding greater punishment of up to 330km/h strikes.

The BMS products build on Pandrol’s 20 years of equipment mounting experience dating back to the launch of the original Vortok Train Protection and Warning System (TPWS) in the year 2000.

The company’s innovations on the TPWS, which served as something of a progenitor of Pandrol (Vortok) modern BMS systems, included the use of track fasteners as a fixing point and pultruded fibreglass as a structural material to support the signalling asset.

TPWS innovated in its the use of pultruded fibreglass, which was considered an excellent material for use on the railway in terms of its strength-to-weight ratio, and its ability to withstand the often harsh environments of the railway. The natural electrical isolation properties of the material also ensure existing track circuit signalling technology is unimpeded.

The company then followed up its initial success on the TPWS with its first official BMS, the H-Frame, followed by the heavy-duty Automatic Warning System (AWS) Rapid Fit Frame, capable of carrying up to three AWS magnets of over 70kg each. Pandrol (Vortok)’s experience with the development of mounting systems has helped to inform the design decisions on the on sleeper and clamp beam. 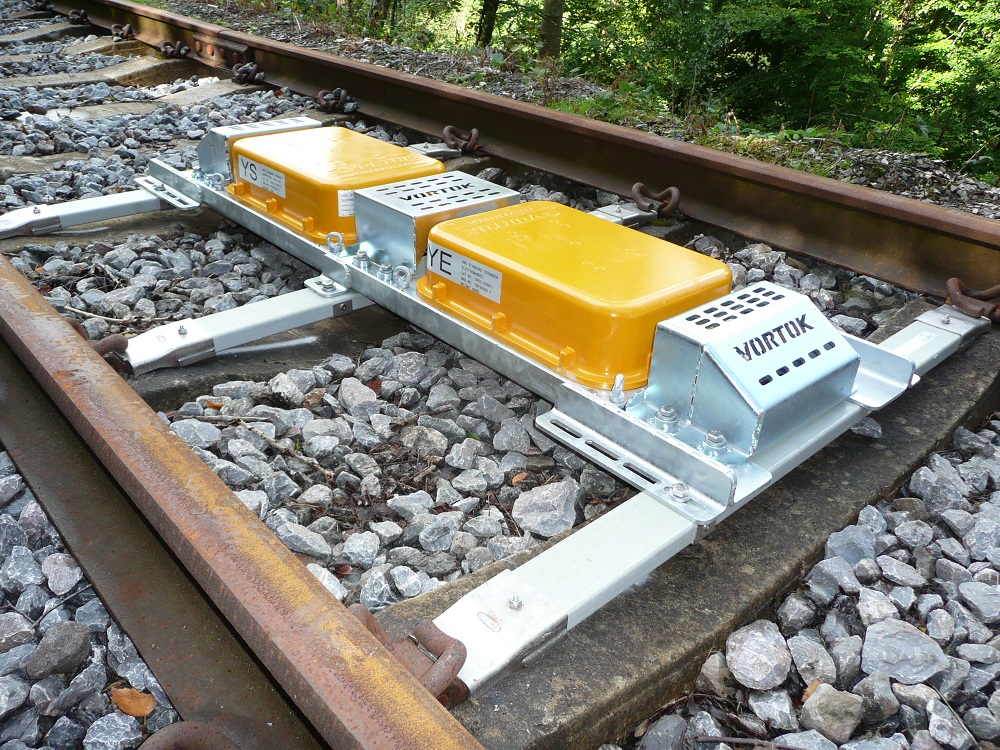