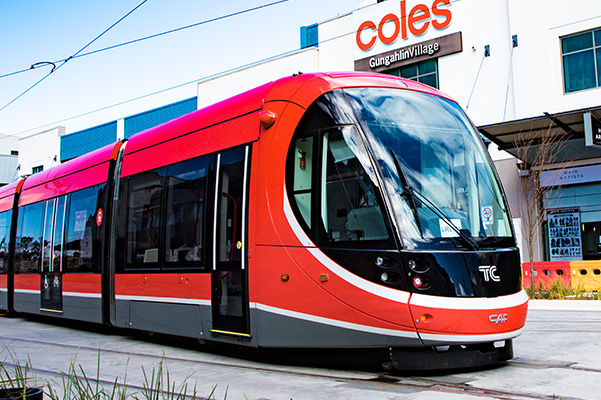 Stage 2A is to add 1.7 km of track to the ACT Light Rail projectThe Australian government this week announced money for an infrastructure project to boost the nation’s capital – building the first section of the City to Woden light rail extension.

Deputy prime minister and minister for infrastructure, transport and regional development Michael McCormack said the Australian government’s $132.5 million commitment for Stage 2A of light rail would help make the project a reality.

“Extending the light rail will also create jobs and bust congestion in the ACT by improving public transport and pedestrian and cyclist safety,” McCormack said.

“This is what the Australian government’s $110billion investment pipeline is all about – getting Australians home sooner and safer whilst boosting local economies as we bounce back from the COVID-19 pandemic.”

ACT chief minister Andrew Barr emphasised the importance of the project for the Territory.

“The Commonwealth’s support for the project is welcomed, and it follows in the footsteps of the financial support received for stage one of the ACT’s light rail network,” Chief Minister Barr said.

“The project is critical to the Territory’s Jobs and Economic Recovery plan, and I look forward to working with the Commonwealth on progressing the approvals for the entire stage 2 project.”

ACT transport minister Chris Steel said the ACT government had already seen great results for local jobs, transport and the economy with Stage 1 of the Light Rail, with further benefits from  Stage 2A.

Stage 2A is to add 1.7 km of track and three new stops South of the existing line operating ‘wire free’ from Alinga Street through to Commonwealth Park.

An additional 2,500-3,000 passengers a day are expected in the first operating year.