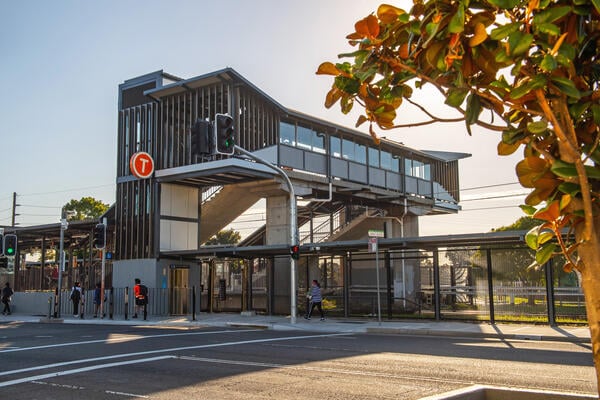 Because the work was finished months ahead of schedule, customers are able to use the new features much earlier than expected.

The $12 million dollar upgrade will greatly assist people wanting to use public transport in the area.

The installation of lifts, security camera and upgraded toilets will make the railway station more user-friendly for the elderly and mobility impaired.

The upgrade has also created accessible parking and a new kiss and ride bay on First Avenue, while the footpaths along Railway Avenue have also been widened to make access easier.

The station caters for around 1.5 million passenger movements every year.

Throughout the construction period more than 600 workers contributing almost 93,000 hours of labour were invested into the project. They poured 109 cubic metres of concrete and used 50 tonnes of structural steel to complete the upgrade.

The result has transformed Canley Vale Station — which was originally built in 1878 —  into a much more user-friendly transport hub for all the community.

The upgrade was delivered as part of the Transport Access Program, an initiative to provide a better experience for public transport customers by delivering modern, safe and accessible infrastructure.