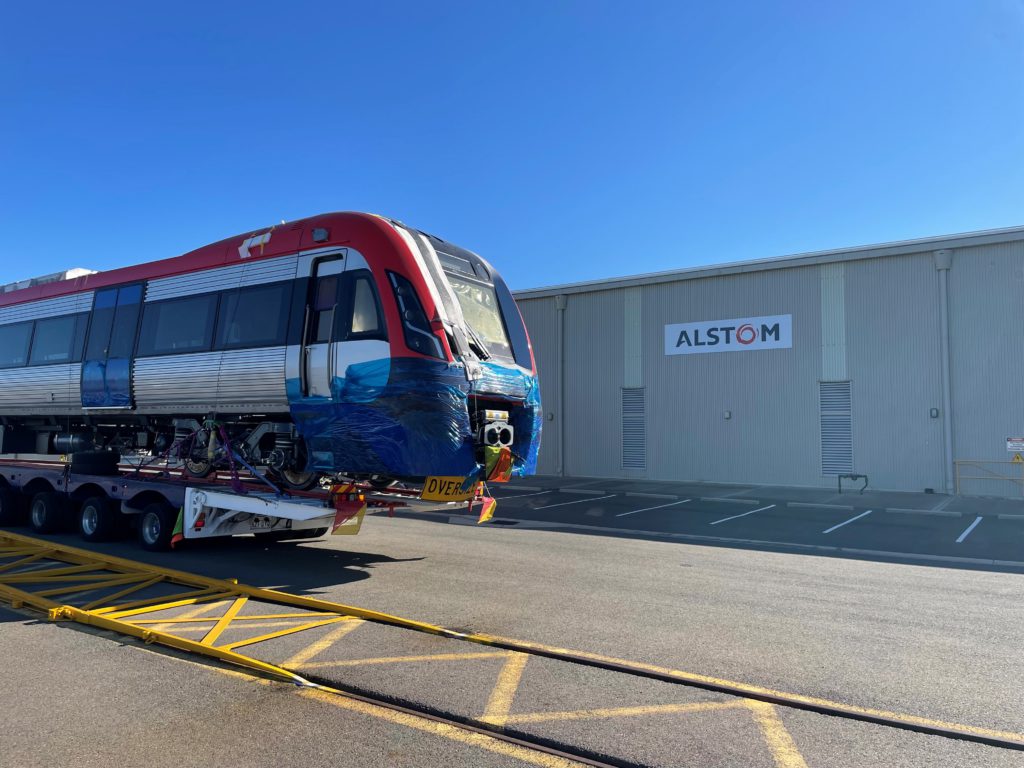 Alstom has delivered the first of 36 locally manufactured suburban railcars to the Department of Infrastructure and Transport in South Australia’s Seaford depot, following the award of the contract for 12 three-car sets in June 2019.

The award-winning A-City three-car trains were engineered, designed and manufactured specifically to meet the needs of Adelaide’s electrified suburban network.

Manufactured at Alstom’s Dandenong rolling stock facility, the production supports Alstom’s skilled railway manufacturing workforce, including apprentices and trainees as well as the thriving ecosystem of suppliers in Victoria and throughout Australia.

Following production at Alstom’s Dandenong facility, car one was delivered by truck from Victoria to South Australia and escorted across the border by police.

The final fit-out of the railcars is then completed in South Australia, which includes work such as floor covering, installing seats, drivers cabs and hand-rails.

The A-City trains are a wide-bodied vehicle fitted with two-by-two seating, allowing a more than 1m aisle, while the trains seat 240 passengers with standing room for a further 300.

Designed for Disability Standards for Accessible Public Transport and stringent internal and external noise requirements, the A-City fleet also features one of the largest single heating ventilation and cooling units in operation in Australia.

Alstom’s Managing Director for Australia and New Zealand, Mark Coxon, said delivering the A-City railcar to DIT and the people of Adelaide was a moment of pride for the business.

“It is also testament to the hard work from all of the teams who are manufacturing these railcars in Dandenong,” he said.

“The delivery demonstrates the capability of our business to not only undertake this engineering and manufacturing locally, but also our capacity to deliver the products we build to other states and territories.”

The A-City fleet currently numbers 22 three-car sets, which will grow to 34 after these new trains are delivered. All 66 of the existing rail cars were designed and engineered by Alstom in Queensland and manufactured in Dandenong between 2012-2015.